Another small step for man 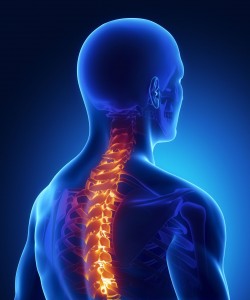 Spinal cord injury research topped the news today. Darek Fidyka was paralysed from the waist down after a knife attack in which his spinal cord was severed. He is the first person to undergo treatment using olfactory ensheathing cells (OECs), cells from the nose and that, in lay mans terms, are able to regenerate themselves. By placing these in the spinal cord it seems that a pathway to enable fibres above and below the injury suffered by Mr Fidyka were able to reconnect.

It is actually two years since the transplant operation and Mr Fidyka can now walk using a frame. He has also recovered some bladder and bowel sensation and sexual function. He believes that one day he will become independent.

Scientists hope to treat another 10 patients in Poland and Britain in the coming years although that will depend on the research receiving funding. Dr Tabakow who performed the operation at the Akson Neuro-Rehabilitation Center in Wroclaw, Poland is prepared to consider patients from anywhere if they are suitable for the therapy. They are likely to have a knife wound injury where the spinal cord has been cleanly severed.

Speaking on BBC Radio 4’s Today Programme Professor Raisman said that a first mountain had been climbed in testing on rats. Mr Fidyka’s progress is the second mountain. The third mountain now needs to be climbed. That is to take the research forward to wide scale clinical trials and in order to benefit the 3 million people around the world who live with spinal cord injury.

I was privileged to hear a lecture given by Professor Raisman two years ago. It was entitled ‘Regeneration of Severed Fibres is the Best Aim For Spinal Cord Repair’. He talked about ‘great promise and therefore the need for extra special caution’; of ‘the need to be a thousand-fold careful not to mislead spinal cord injury patients and not – however unconsciously – to exploit their suffering’.

Professor Raisman talked about how we do not understand the cure for paralysis but how discovery begins with the statement ‘we don’t know’. He said ‘we have […] overcome the idea that nothing can be done; but we still do not know what is to be done’. He concluded that the cargo of hope is as fragile as it is precious.

Here is to the hope that Professor Raisman and his colleagues are able to continue their progress.