3rd December! A night to remember!

As a football fan there is no better place to go than your home country’s national stadium. The experience of going to Wembley is exciting enough but the prospect of bringing away a trophy is way beyond that. As a West Ham fan the closest we tend to get these days is watching other teams in the FA Cup. Also, as a West Ham fan I’m used to disappointment and being the underdog. I am yet to watch a football match at the home of football. Before 3rd December 2015 I had only been to Wembley on one other occasion. Now, I don’t want this spread about so keep it to yourself but my other trip was to see…………Take That!!!! 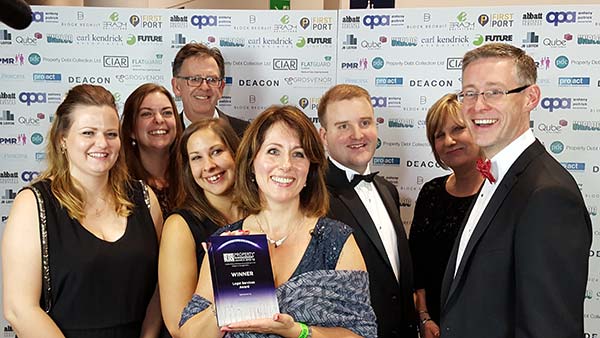 If you hadn’t already guessed this year’s News on the Block Property Management Awards ceremony was held at Wembley Stadium. The atmosphere was electric. You could feel it as soon as you walked in. The room was full of the great and the good, every person imaginable with connections to the Property Management world. But who would be leaving happy with one of the prestigious awards and who would be leaving empty handed?

The evening started as it would continue, very loudly and with few people paying attention to anything other than what was happening in their immediate vicinity. Despite the stage being the focal point, for some it may as well have been set up on Pluto. Lone figures doing their utmost to be heard through a torrent of noise. Things didn’t get much better for our Awards host, Mark Watson. His true professionalism shone through however as he tirelessly delivered award after award. 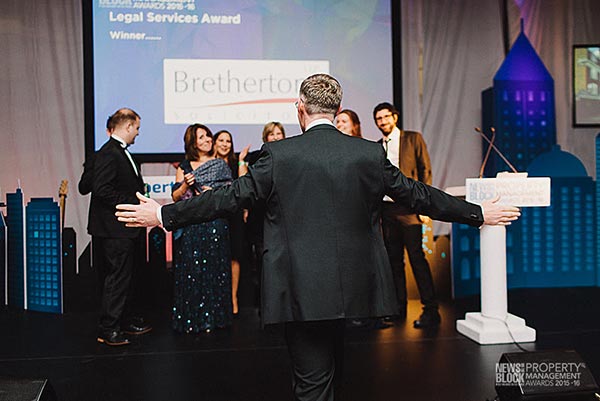 So what of our own prospects? We were finalists in two categories this year. The ever present Legal Services of the Year award and a new category, Employer of the Year. Both sections contained stiff competition which surely meant nobody would walk away a clear winner. The Employer of the Year award was the most uncomfortable for us, having been shortlisted alongside friends and clients and this was the first to be announced. We quickly learned the award would not be making its way with us back up the M40 and we applauded heartily for the eventual winners.

And so to our other hope, the Legal Services of the Year Award. It is fair to say, on this occasion, we were totally convinced, never believed it more than this time, we definitely wouldn’t be this year’s recipients. Our hopes were further dashed when we weren’t given a Highly Commended award. The next few minutes were more of a blur than the alcohol fuelled rest of the evening could ever hope to be. When Mark Watson uttered the words, “and the award goes to………..Brethertons Solicitors”, it took us all several seconds to comprehend that was actually us. Walking up to the stage to collect the award the weirdest thing happened. Momentarily we became the only people there. The noise disappeared. The warm applause, that I later discovered had been rapturous, was for that moment completely lost on me.

Throughout the evening I had caught up with client after client, contact after contact and it seemed as though they all, and more, came back to shake our hands, toast our success and share in our joy. And why not. It is true to say we have some terrific people delivering high quality work but without our clients, customers and contacts we would be nowhere. It was only fitting to share the evening with those people who were the source of this award.

I am constantly amazed by the people in this industry and this year was no exception. Hundreds of people who, for 364 days of the year, bitterly compete with one another, putting everything to one side to raise a glass, or more, in celebration of what we do. The thing is we’re all winners. In one way or another. Some of us run successful businesses. Others provide services and support to those people.

I posed a question earlier, who left happy? Well that was an easy one to answer in the end. Everyone. Yet again the evening was a huge success. A few sore heads were definitely on the cards and productivity was certain to drop briefly before the weekend began. However, it was an event that will be spoken about for the next twelve months. Or at least until we do it all over again.